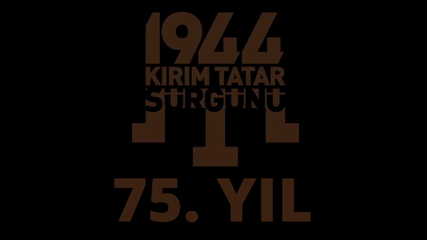 Revelations from the Russian Archives
Translation of Crimean Tatars

On the Crimean Tatars

During the Patriotic War [World War II], many Crimean Tatars betrayed the Motherland, deserting Red Army units that defended the Crimea and siding with the enemy, joining volunteer army units formed by the Germans to fight against the Red Army; as members of German punitive detachments, during the occupation of the Crimea by German fascist troops, the Crimean Tatars particularly were noted for their savage reprisals against Soviet partisans, and also helped the German invaders to organize the violent roundup of Soviet citizens for German enslavement and the mass extermination of the Soviet people.

The Crimean Tatars actively collaborated with the German occupation authorities, participating in the so-called "Tatar national committees," organized by the German intelligence organs, and were often used by the Germans to infiltrate the rear of the Red Army with spies and saboteurs. With the support of the Crimean Tatars, the "Tatar national committees," in which the leading role was played by White Guard-Tatar emigrants, directed their activity at the persecution and oppression of the non-Tatar population of the Crimea and were engaged in preparatory efforts to separate the Crimea from the Soviet Union by force, with the help of the German armed forces.

Taking into account the facts cited above, the State Defense Committee decrees that:

Source: https://www.loc.gov/exhibits/archives/trans-l2tartar.html (Translation of the 6-page document from Russian to English)